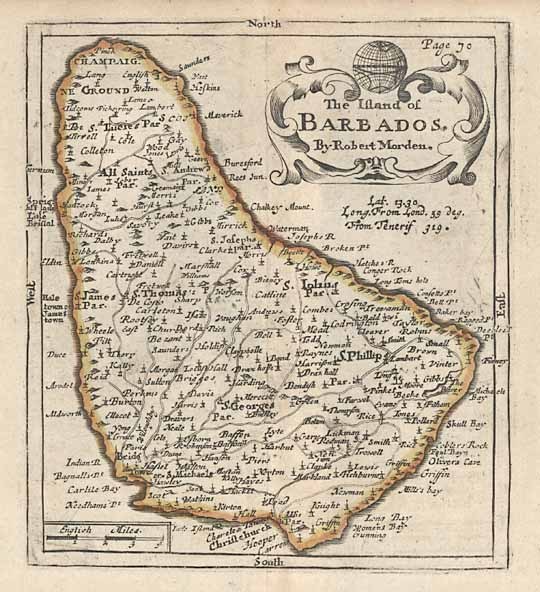 The intent of this blog is to gather information about the history of the Barbados Gittens family, who were very early English settlers in Barbados, and to make the information available to family members and other interested individuals.

All comments, suggestions and or ideas are invited and welcomed. I would especially appreciate making contact with other members of the Gittens family who have an association, past or present, with Barbados.

The start in Barbados

My ancestors, the Gittens Family, were white settlers who arrived from England in the mid sixteen hundreds. It appears likely that the family came from England but as yet there is no direct evidence supporting this assumption.

The early history of the Gittens family in Barbados is often confusing as records of this era, if they exist, are somewhat brief. For example baptismal records often only include a parish name, date, name of father and name of child.  As time progressed the record keeping became better, often including the first name of the mother on baptismal records.  Adding to the confusion were the naming preferences of the era. The Gittens family, for example, often used John, Nathaniel, Isaac, Benjamin, Joseph and Joshua for male children and Mary, Elizabeth, Rebecca, and Hannah for female children. This meant that almost every family had children with the same names making positive identification of children often challenging.

Further complicating the family history was the illiteracy of the 1600’s.  The officials doing the record keeping wrote names as they heard them. The majority of the people of the era could not read or write so they were not able to correct spellings. Because of this the Gittens name had many variations, some of which included Gittings, Githens, Gittins and Gettings. The name standardized to Gittens following the census of 1715.

The final factor that adds to the confusion is that many of the Gittens in Barbados took up the Quaker faith in the 1655-1700 era. Unfortunately, all of the Quaker records have been lost over time.

John Gittens and his wife Mabel were the first Gittens family to have children baptized in Barbados. It is likely that there were 8 children fathered by John Gittens as follows:

It is from these eight children that the Barbados Gittens family is descended.

The next blog will focus on the origins of the Gittens name.

3 thoughts on “The Gittens Family of Barbados – At the Beginning”

send us a message.